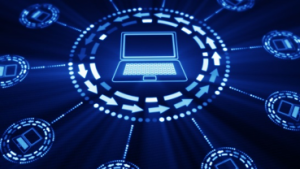 One of our clients needed to do research on an intermittent network issue that occurred between a Windows Server web application and the NonStop. Because the problem occurred intermittently, network traces must be run continuously.

Most of you are probably familiar with Wireshark, the free Windows tool used for capturing network traces for offline analysis. It is the same tool that can be used to analyze NonStop CLIM traces, which are in Wireshark .cap file format.  Wireshark is a wonderful tool that is easy to use, but there are times when its use may be limited.

Running Wireshark continuously could be quite taxing to your computer’s resources, and not something that’s sustainable.  That’s when a tool like Microsoft’s netsh utility is necessary.

netsh (network shell) is a command-line scripting utility that allows you to display or modify the network configuration of a computer that is currently running. netsh commands can be run by typing commands at the netsh prompt and they can be used in batch files or scripts. Remote computers and the local computer network devices can be configured by using netsh commands. One common use of netsh is to capture network traces.

How to use netsh in 3 quick steps

Note: It may take a long time for the “Generating data collection…” to be completed. Be patient and wait until the “done” appears.

3. Analyze a trace:  Use Microsoft Message Analyzer to import the .etl file

Note: It may take a while for the analyzer to ingest the file ready for analysis. 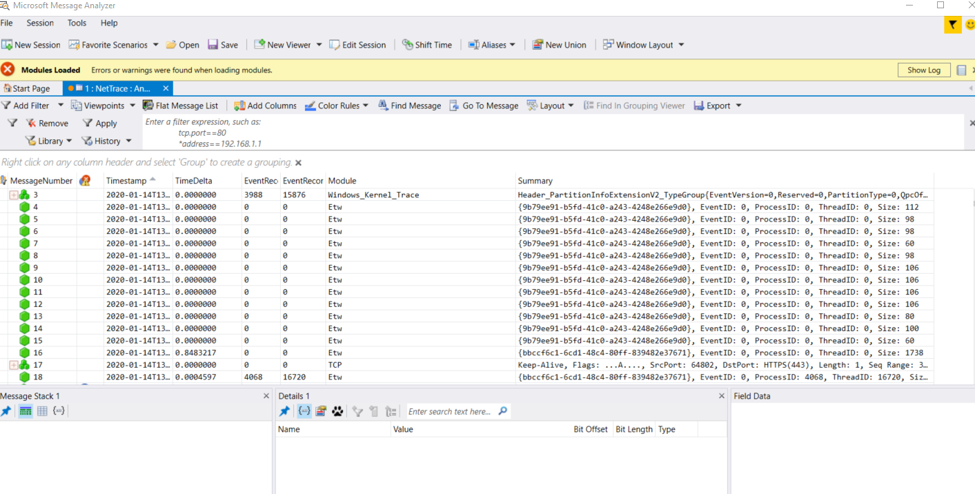 Wireshark is still the “go-to” tool for analyzing network traffic. However, a tool like netsh, is a good alternative if you’re having problems with Wireshark.