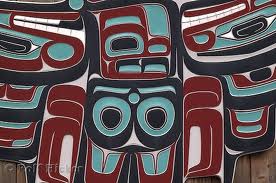 In Part 1 of this series, I have provided some quick pointers on how to convert COBOL85 programs to native mode COBOL. I also pointed out that if the COBOL program calls routines in a TAL library, those routines will need to be converted to pTAL. In general, converting TAL code to pTAL code is pretty straightforward, and the process is well documented in the manual “pTAL Conversion Guide ” (Part Number 527302). A large part of the conversion process is pure methodical work by following the manual:

But I also mentioned that there are some potential gotcha’s in migrating TAL to pTAL. The main reason is: unlike COBOL, TAL code is more flexible and allows programmers to write clever code for more efficiency. But that presents potential compatibility challenges when migrating to native mode.

Here are my axioms on TAL to pTAL conversion potential pitfalls:

1. The level of difficulty of the conversion is proportional to the age of the code

The older the code, the more potential there is for hidden problems. If the TAL library code was written a long time ago, then chances are the developers who wrote that original code may no longer be available. In some cases, you may not fully aware of what the code is doing. That makes it difficult to analyze the effect of the conversion.

2. Be prepared to rewrite routines that contain “clever code”

In the old days, it was not uncommon for clever TAL programmers to develop code that exploited the hardware architecture to save some memory or make it run faster, such as:

These clever codes present an incompatibility in the pTAL world and will need to be rewritten.

3. You may need to find replacements for library code not written in-house

Does your library contain code from outside sources like ITUGLIB or Tandem Unsupported utility routines? If so, you may need to look for replacements for them. One common example we came across is the TAL “FORMAT^PRINT” routine that many of us have been using since our TAL training class. Guess what? It contains CODE statements in there!

Here are a couple of practical pointers on what you should do when undertaking such a conversion effort:

Most of us developers (myself included) have a tendency to want to jump right in, and start our conversion work right away. However, in this case, I strongly recommend against doing that. Instead, doing some advanced preparation up front will make the job a whole lot easier later on.

Identify what really needs to be converted.

This can be done by as simple as a scan operation like:

Look for the “clever code” culprits

Once you have identified a list of the TAL routines that need to be converted, scan through them again to look for incompatible code that will need to be rewritten and put them in a separate pile to be analyzed later.

Things to consider in this pile include:

Consider investing in developing a utility/script
If you have a lot of routines that need to be converted, you should consider developing a TACL macro or a PC script to automate many of the straightforward replacements.

It is better to invest in developing standalone programs to test each one of those routines independently. That’s the best way to ensure that indeed the converted routine is working properly. By verifying the routines are working properly up front will save you a lot of time later on.

If you are also using User Library with your COBOL programs, then you would want to read my next installment of this series. In Part 3, I will discuss how to migrate from “User Library and BINSERV” to the brave, new native mode world of “DLL and eld.”

Do you find this tutorial blog helpful? Let us know what you think, and how we can make it even better. Don’t forget, you can subscribe to our blogs (top right-hand corner of this page) to get automatic email notification when a new blog is available.